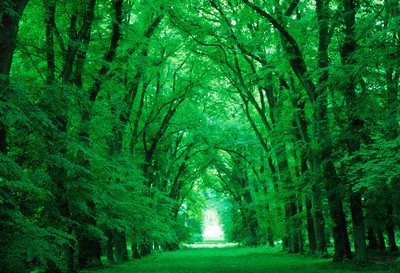 The Central Government has decided to levy Krishi Kalyan Cess @ 0.5% on the value of taxable services from 01/06/2016. As a result, there are bound to be questions as to how this levy will get integrated into the existing dynamic structure of the Service Tax provisions.

So, an endeavour has been made to collate most of the possible questions with regard to the KKC and answer them on the basis of the relevant Service Tax provisions. For this purpose, all the relevant notifications and circulars issued by the Central Government till date have also been taken into account.

In order to finance and promote the welfare of farmers and development of agriculture, the Central Government has levied Krishi Kalyan Cess (KKC) at the rate of 0.5% on the value of taxable service.

2. What is the date of implementation of KKC?

The Central Government has kept the date of applicability of KKC as 1stJune, 2016 under Chapter VI as per Section 161 of the Finance Act, 2016.

3. What would be the effective rate of KKC and service tax post KKC?

4. How will the KKC be calculated?

5. Whether KKC would be required to be mentioned separately in invoice?

Yes, KKC would be required to be shown as a separate line item in the invoice after Service Tax and Swachh Bharat Cess.

6. Is there a separate accounting code for payment of KKC?

7. Whether KKC would be leviable on all or selected services?

It has been clarified by Notification no. 28/2016-ST dated 26th May, 2016 that Krishi Kalyan Cess will not levied on the following

i) Services which are exempt by Notification issued under 93(1) of the Finance Act, 1994.

The benefit of exemption to small service providers granted under Notification No. 33/2012-ST dated 20th June, 2012 is also included here.

ii) Services which are exempt by special order issued under 93(2) of the Finance Act, 1994

iii) Services which are specified in the Negative list u/s 66D of the Finance Act, 1994.

So, effectively Krishi Kalyan Cess is applicable on all services apart from the four exceptions given above.

8. What will be the KKC where abatement of service tax is applicable?

9. What will be the KKC in case of works contract and restaurant and outdoor catering services?

As per Notification no. 28/2016-ST dated 26th May, 2016, the value of taxable services for the purposes of the Krishi  Kalyan Cess shall be the same as the value taken for determining service tax under the Service Tax Valuation Rules.

10. How will KKC be calculated on services covered by Rule 6 of the Service Tax Rules (i.e. air travel agent, life insurance premium, purchase and sale of foreign currency and services by lottery distributors/selling agents)?

For KKC, Rule 6(7E) of the Service Rules, 1994 has been inserted as per Notification No. 31/2016-ST dated 26th May, 2016 just like Rule 6(7D) was inserted for SBC. As per this new rule, in case of services specified in Rule 6 of the Service Tax Rules(air travel agent, life insurance premium, purchase and sale of foreign currency and services by lottery distributors/selling agents), the Krishi Kalyan Cess will be:

For example, in case of domestic bookings of an air travel agent, the effective rate of KKC would be calculated as under:

11. Whether Cenvat Credit will be available for KKC?

To clarify the position on Cenvat Credit in case of KKC, Notification no. 28/2016-CE(NT) dated 26th May, 2016 has been brought out by the Central Government which has made the requisite modifications in Rule 3 of the Cenvat Credit Rules, 2004 which is summarized as below:

1) An output service provider is entitled to take Cenvat Credit on input services in respect of KKC.

2) Cenvat Credit of any other duty, tax or cess will not be utilized for payment of output KKC

It is also worthwhile to observe here that Cenvat Credit on input services is only available to an output service provider. So to manufacturers, the KKC on input services will be a part of the cost thereby increasing the cost of production for them.

12. Will KKC be applicable to services under reverse charge mechanism?

Notification no. 30/2012-ST dated 20th June, 2012 contains the list of services wherein service tax is required to be paid under reverse charge mechanism.

It has been stated by the Central Government through Notification no. 27/2016-ST dated 26th May, 2016 that all the provisions for service tax under Notification no. 30/2012 dated 20th June, 2012 will apply to KKC mutatis mutandis.

So, just like service tax, KKC will be paid under reverse charge mechanism as well for services specified under Notification No. 30/2012 dated 20th June, 2012.

13. Will the rebate of KKC on input services be available when such services have been used for providing output services which have been exported under Rule 6A of the Service Tax Rules, 1994?

Notification No. 39/2012-ST dated 20th June, 2012 contains the conditions, limitations and procedure of rebate on inputs and input services where these are utilized towards output services which have been exported under Rule 6A of the Service Tax Rules, 1994.

As per the above notification, rebate on Service tax, Education cess, Higher Education cess and Swachh Bharat Cess were allowed. Notification no. 29/2016-ST dated 26th May, 2016 has been brought out by the Government to insert Krishi Kalyan Cess as well in the list of service tax and cess.

In effect, rebate on Krishi Kalyan Cess will also be allowed.

14. Will the refund of KKC paid be allowed for specified services received by units located in SEZ on which ab-initio exemption was available but not claimed?

Notification No. 12/2013-ST dated July 1, 2013 provides for exemption on services received by units located in a SEZ or Developer of SEZ and used for their authorized operations.

Notification No. 30/2016-ST dated 26th May, 2016 has been notified by the Central Government which allows the SEZ unit or Developer of SEZ to opt for refund of KKC paid on specified services on which ab-initio exemption was admissible but was not claimed.

15. What will be the point of taxation for Krishi Kalyan Cess when the service provider is liable to pay service tax under forward charge during the transition phase?

As per Explanation 1 to the Rule 5 of the Point of Taxation Rules, this rule is to be followed with regard to the point of taxation for new levy. This rule is to be applied for KKC as well when it becomes applicable from 01/06/2016.

As per Rule 5 of the Point of Taxation Rules, KKC will not be levied when:

So, in the following two cases, KKC will be levied as per Rule 5 of the Point of Taxation Rules:

This is a matter of debate particularly after the insertion of proviso to Section 67A of the Finance Act, 1994. The proviso states that the Point of Taxation Rules, 2011 needs to be referred for determination of rate of tax.

Going by Rule 5 of the Point of Taxation Rules, 2011, KKC will be applicable in this scenario and a supplementary invoice needs to be issued by the service provider only for the Krishi Kalyan Cess.

However, going by Rule 3 of the Point of Taxation Rules, 2011, the point of taxation must have been triggered earlier when the invoice had been raised or the service had been provided as the case may be. There is no provision in the service tax law which states that after the introduction of new levy, point of taxation needs to be re-determined after it has already been decided once by the Rule 3 of the Point of Taxation Rule. Going by this school of thought, KKC should not be paid on invoices which have already been subject to service tax before 01/06/2016.

In the case of Delhi Chartered Accountants Society versus Union of India & Others (2013), where there was a change of rate between the date of invoice and the date of payment, it was adjudged that the older rate would be applicable. But this was a case of change in rate and not introduction of new levy. So how far the department accepts the contention of this case law is to be seen in the times to come.

Even in the case of Association of Leasing & Financial Service companies Vs UOI & Ors. (2011), the Supreme court held that the taxable event would be the rendition of service.

So going by these judgements, once service tax has already been paid on invoicing basis under Point of Taxation Rules, KKC will not be applicable at the time of receiving the payment. But this idea differs from that of Rule 5 of the Point of Taxation Rules, 2011 which has been specifically drafted in law for taxation of new levies according to which KKC will be applicable in these cases.

This debate can only be put to rest if the Central Government can bring out a clarification in this regard.

18. Is there an unfair disparity between the applicability of KKC on forward charge and reverse charge during the transition phase?

Yes, when the services have been rendered and the invoices have been raised before 01/06/2016 but the payment is still to be received on that date, then the treatment under both reverse charge and forward charge is different.

17. What will be the point of taxation for Krishi Kalyan Cess under reverse charge in the transition phase?

For payment under reverse charge, Rule 7 of the Point of Taxation Rules, 2011 needs to be referred. As per this Rule, the point of taxation should be:

However, a new proviso has been inserted in Rule 7 vide Notification no. 21/2016-ST dated 30th March, 2016. As per this proviso, when there is a change in the extent of liability under reverse charge mechanism and the following conditions are satisfied, the point of taxation will be the date of invoice:

a) The service has been provided before the date of change

b) The invoice has been issued before the date of change

The introduction of new levies by the Central Government such as KKC only complicates the indirect tax framework of the economy. The differential treatment of KKC as compared to Swachh Bharat Cess with respect to Cenvat Credit and other aspects will only create further confusion for the trade and commerce.

Hence, the KKC on one hand is expected to raise revenue for the welfare of farmers and promote agriculture, it can also deter the Central Government’s initiatives like ‘Start Up India’ and ‘Make in India’.