HomenewsGSTInterest under section 50 of CGST Act, 2017 – Gross or Net of Input Tax Credit By Siffat Kaur and Sayesha Aggarwal

Interest under section 50 of CGST Act, 2017 – Gross or Net of Input Tax Credit By Siffat Kaur and Sayesha Aggarwal 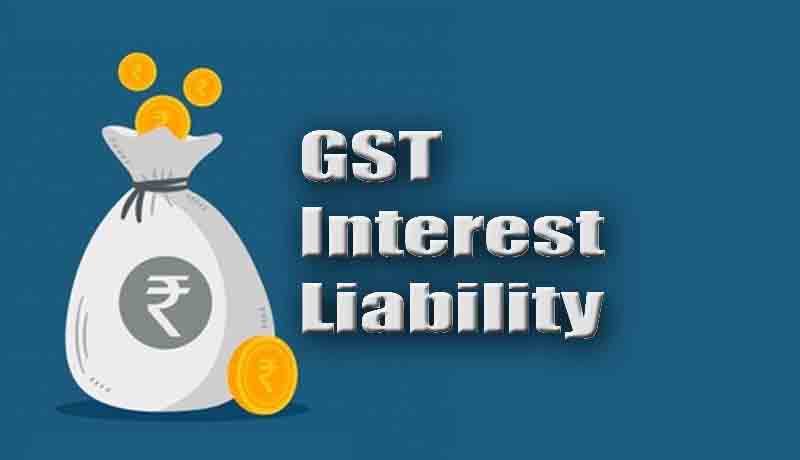 The CGST Act 2017 may have initially enacted the levy of interest on delayed payment of GST liability for the period of delay, but it also birthed a flurry of questions regarding the amount on which the interest was to be paid. Where multiple juries and jurisdictions held that interest was to be levied on the Gross Tax Liability, some judgements levied interest only on the Net Tax Liability.

From the legal text of the section, it has often been construed that the tax or part thereof, remaining unpaid for the period specified in sub-section 2 of the section 50 of the CGST Act (hereinafter referred to as the ‘Act’), would be the amount of tax that the assessee would have paid while filing the GSTR-3B, had the return been filed on time- whether through the Input Tax Credit (ITC), or in cash. As a result, the interest on delayed payment would be levied on the unpaid Gross Tax Liability.

In an attempt to end the perplexity that has long been associated with the levy of interest on the delayed payment of tax liability u/s 50 of the Act, the Central Board of Indirect Taxes & Customs (CBIC) vide its Notification No. 63/2020 dt. 25th August 2020 notified the date on which proviso inserted by the Finance Act 2019 shall come into force as 1st September 2020. The proviso to sub-section 1 of section 50 of the Act reads as follows:

“Provided that the interest on tax payable in respect of supplies made during a tax period and declared in the return for the said period furnished after the due date in accordance with the provisions of section 39, except where such return is furnished after commencement of any proceedings under section 73 or section 74 in respect of the said period, shall be levied on that portion of the tax that is paid by debiting the electronic cash ledger.”

The CBIC also issued a press release dt. 26th August 2020 to clarify that the above amendment would have a prospective effect, and not a retrospective effect on account of technical limitations. However, it has assured that no recoveries shall be made for the past period by the Central and State tax administration.

The amendment infers a relief on the taxpayer in the sense that in case there is a delay in filing the return u/s 39 of the Act for any tax period, but sufficient ITC is available in its E-Credit Ledger to pay its tax liability, no interest shall be levied on the same simply on account of non-filing of return within the prescribed period of time.

Therefore, it can well be derived that interest on delayed payment shall be levied only in the case where the tax payable in respect of any tax period at the time of filing return u/s 39 of the Act exceeds the Input Tax Credit available i.e. on the portion of the tax liability to be paid in cash finally.

However, the concern of applicability of this provision prospectively is against the basic principles and goes against what was decided by the GST Council and various judicial pronouncements.

It is worth to mention here that the proviso inserted after sub-section 1 of section 50 of the Act clearly specifies that the interest shall be paid on the net tax liability only in case of delay in furnishing of return beyond the time period prescribed u/s 39 and not under any other circumstances, such as assessment proceedings u/s 73 or 74 of the Act. The amendment, also, does not shift the onus of the determining the interest liability u/s 50 of the Act from the taxpayer to the tax authorities.

As we reach the end of this article, we can conclude that where no remedy is available to the taxpayers who have already paid interest on their Gross Tax Liability, interest under sub-section 1 of section 50 of the Act shall only be charged on the Net Tax Liability from 1st September 2020. The same shall be regardless of whether the notices for recovery of interest arrears relate to past periods or future periods.

Download the entire article along with a chronology of events